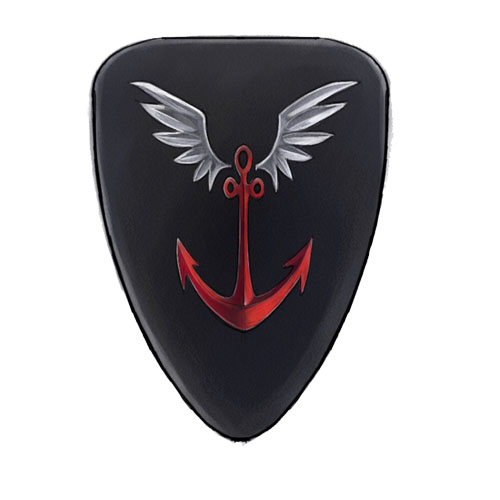 The Sable Company, or the Sable Company Marines, of Korvosa is an elite, hippogriff-mounted company of marines. The commandant of the Company does not answer to the ruling monarch of the city-state, instead reporting directly to the Seneschal of Castle Korvosa.
While the Korvosan Guard patrols the streets of the city, the Sable Company has jurisdiction over the skies and waters around Korvosa. The two organizations work closely together and the marines rely on their ties with the Guard to further coordinate efforts with the Hellknights and the Acadamae, both of whom are not on good terms with the Sable Company.

Occasionally, the Sable Company preemptively strikes at the city’s foes. They are known to employ spies placed in key locations throughout the region in order to monitor potential enemies, such as pirates, smugglers and shoanti raiders.