Majenko is a 17 year old house drake (pseudodragon). He was born on the grounds at Acadamae.

Majenko’s mother, Yenmar, serves as a wizards familiar there. When he was 6 (house drakes mature at age 5), Majenko left Acadamae for the streets of Korvosa.

He quickly joined a small clutch of other drakes, and lived in the area of Old Korvosa for several years. They roamed the streets near the temple of Adabar, to Orsini’s Academy, and from the Sticky Mermaid to Eel’s End.

Aside from fighting imps and eating, Majenko took a liking to watching humanoids play knivsies.

Majenko’s first clutch was killed in a massive imp attack near Eels End, only Majenko escaped, because he had been away when their home was attacked.

The angry house drake joined another clutch of drakes, far more aggressive than before. They were imp hunters. Majenko spent several years surviving on hurt and anger, avenging his slain friends.

His life changed for the better when he met the red hued house drake named Korrok. They decided to be a duo, a matched pair, and hoped to start a family.

Crazy things began to happen in Korvosa, and many humans were agitated. The imps were beginning to win the centuries old feud in the sky’s over Korvosa.

Late one night, Korrok was injured by some imps, causing Majenko to seek aid. He found aid with some adventurers passing by.

They were selfless in their aid of his beloved Korrok. They needed a safe place for her to lay her egg, and these adventurers offered them a home! Indoors even! And they have bacon always!

Majenko and Korrok are very pleased to live with such kind women, and they do their best to keep their home at 3 Lancet street clean, and free of bugs and vermin. 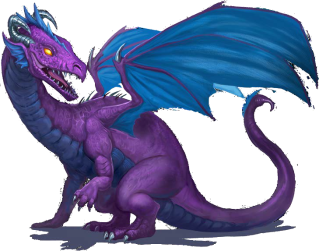