If you were to ask Davina’s earliest memory she would smile and tell you of Master Qun. The Gnome was rather fond of her, and they spent many of her early days together. The memory she would explain to you would go thusly.
Small and laughing, she was holding a bo staff like a sword and chasing Master Qun around the dojo. Her white blonde hair cut very short, her purple eyes watery from her laughter. Master Qun, who was no taller than she, easily dodged her swings. He smiled and laughed along with her as she stumbled around the room, off balance in her attempts to catch him. The room smelled of sweat, and the sounds of training Monks echo through the halls. Davina is happy, safe, and loved.
Most of Davina’s childhood held similar memories.
Training, or watching, or playing. Davina learned two very real truths in he Temple of the Endless Step.
Failure is part of life, and will always be your best teacher.
There is no such things as a fair fight.
Peace filled Davina, near every day. Each day she spent with her father. She trained, meditated, and had few worries. There were few other children in the Temple, but Davina was never lonely. Many of the monks were fond of her, and she nearly always could find playmate. Most often her father.
Cambria, her father, had told her rarely of her mother. If Davina asked, he would speak, but truly she cared little. All Davina knew of her mother was her beauty.
“You look so much like her, Davina.” He would say, smiling softly. And not long after Davina would grow bored and stop listening. She didn’t miss her mother, or feel that something was missing.
After all, Davina could do anything. Her father always told her so. All she had to do, was work for it. Nothing is free, nothing is easy. But hard, is not the same as bad.
Davina left the temple rarely until she was a teenager, when her curiosity got the better of her. She learned quickly that the city of Kaer Maga was a loud, dangerous, bustling mess. And Davina loved it. The chaos, the noise, the people. Often she would venture down, walking among the shops, wandering through the Oriat district. She felt peace.

Davina was nearly nineteen when she decided to leave Kaer Maga. Leaving her father was hard, but she knew, somewhere deep inside her, that it was time. Her peace had left her, she felt restless. It was a new feeling for her. A strange exhilaration filled her at the idea of finding her place. Her own life. At seeing the world. And so Davina left.
She didn’t take much, she didn’t need much. A pack, her staff, a cloak to keep warm, her father’s pendant. She walked until she felt it was time to stop.
Davina wasn’t sure why she chose Krovosa. But damn was she glad she did. She found a home in the Shingles. Cheap and always full of noise, she found herself feeling oddly at home up above the city. It reminded her of Kaer Maga. And peace returned to her.
But she knew she needed to find work of some sort, after all, even a monk needs to eat.

Davina found work on accident, more than anything else. It was late that evening. The sky was thick with clouds, not a star in sight. She was walking among the paths of the Shingles, learning them well. Or had been the plan. Davina saw a figure, slipping from a window. Davina followed the woman, catching her quickly.
It took Davina moments in their confrontation to subdue the woman. She later found the woman was an applicant for one of the local gangs. Catsdew Lofties, they called themselves. She found work with them. Well, perhaps adjacent to them. Davina worked with the women, and their applicants, training them. The work was not steady, but it was enough to keep her fed. And many of the women became good friends of hers.
When not working, or keeping up on her training, Davina found herself with two favored activities. There was, of course, the tavern just down the floors from her. Davina may have gotten into a few too many brawls there, but never anything too bad.
Her favorite new sport, however, was shingles dashing. Be it running herself, or watching the runs, Davina found it was always her favorite way to spend an afternoon. It was rough, and wild, and so much fun.
It was after one of these races that Davina found a panic fill her. Her peace disturbed.
Davina had removed her fathers pendant, tucking it into her pocket for safe keeping. She’d nearly lost it in a race once, and didn’t wish to risk it again. Davina hadn’t won the race, though she’d been a close 3rd. She was speaking to the other racers when someone bumped into her. They weren’t quite as stealthy as they should have been, and Davina was quick to give chase.
A child, she couldn’t believe. A child had stolen from her. Her father’s pendant. It was all she had of him. The child may not have been very good at picking a pocket, but he vanished into the crowd easily. Even Davina’s keen eyes couldn’t find him. With all her training, all her time.
Davina’s hand reached for the pendant, her muscles forgetting that it wasn’t there. She cursed herself as her fingers closed around nothing. 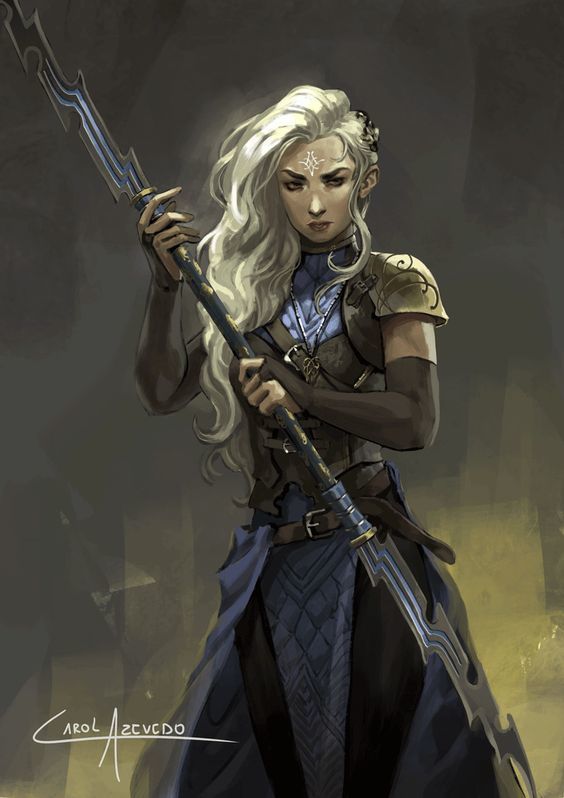